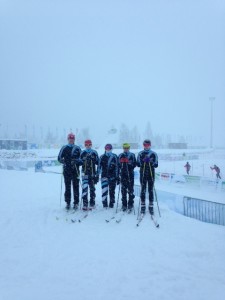 The first race of the WJT is tomorrow with a day of free technique sprints for our athletes!  Zone4.ca will be posting results live as they happen, so take a coffee break during the day to check up on how Eliza-Jane, David, and Gareth are doing.  It’s currently below -20 C, but is supposed to start warming up a bit by tomorrow.  The next important races for our athletes will be Saturday’s interval start classic (oops, they just moved it to Friday instead), followed by Sunday’s Skiathlon (half classic, half skate) race.

Pre ski day – Yesterday was the first day of snow this winter in Austria so the Austrians were rejoicing and all the coaches were pulling their hair out has snowed over 4 inches and was the dreaded 0°.  Seefeld has been very lucky as they are one of the few places that can actually make snow for cross-country skiing.   Yesterday was our first day of training at the venue so the kids got to ski the courses which look exciting involving a spring course with rollovers lot so tight corners and a classic ski course with the slalom downhill.   The opening ceremonies were really cool with indoor fireworks and a huge puppet that was lit up.

First race day – Another ridiculous day of coaching nightmare weather. 0 degrees and heavy snow. Only 40′ to test skis. Ended up on rode violet extra with a rode black cover VPS. Hairies iced even with anti icing spray. Grip wax was pretty good for 3 of 4.  Sally ended up 12th. Clara 19th. Grayson was 12th. Oliver was 16th.  Both categories had over thirty skiers.  So a good start. Now I can relax as its getting colder and skate sprints. The kids are having a blast, great fun meeting all the other athletes. Results are on the innsbruck2016.com website.

There’s lots to be proud of this week, both from how last weekend went at our first BC Cup and from our athletes representing our club, province, and country abroad! 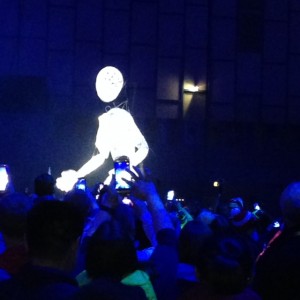 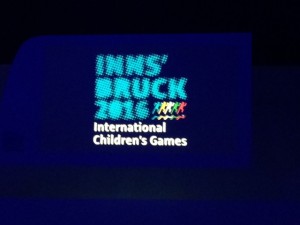 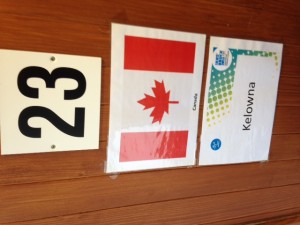 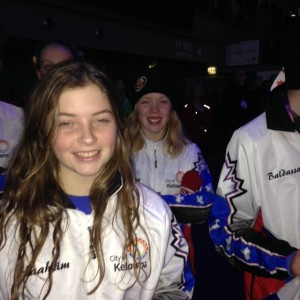 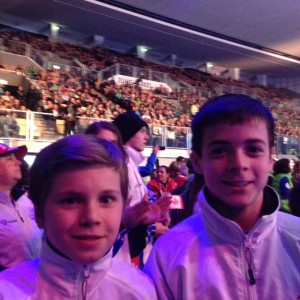 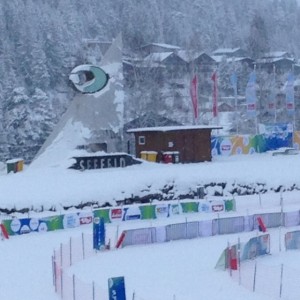 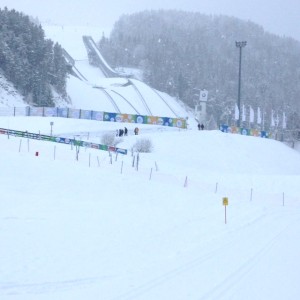